*UPDATE*: On January 25, 2019, the ACLU of Kansas filed a voluntary motion to dismiss without prejudice. The defense did not oppose this motion.

On November 1, 2018, the federal district court denied our motion for a temporary restraining order, citing further voter confusion. Read our release on the decision here. On November 16, Ms. Cox filed a motion to dismiss (below) and we filed out response in opposition on December 7.

On October 26, 2018, the ACLU of Kansas filed an emergency motion for a temporary restraining order against Ford County Clerk Deborah Cox on behalf of the Kansas League of United Latin American Citizens and Alejandro Rangel-Lopez. This suit came after Ms. Cox rejected the ACLU of Kansas' other efforts to resolve the issue without litigation and citizens' efforts to appeal to her for nearly a year. These efforts included our first October 3 letter, repeated phone calls and meeting attempts, a follow-up letter sent on October 16, and one on October 19.

For years, Dodge City has a single poll at the Civic Center with over 13,000 registered voters assigned to it. It was used in the primary election of August 2018. Citing construction and voter safety, in late fall of 2018 Ms. Cox moved the poll to the Expo Center—a location over a mile from any bus stop, without a sidewalk along the route, and, on average, twice as far as the Civic Center from the city’s largest employers.

Construction has not stopped other events at the Civic Center the same week as the election. There are also 12 other public school buildings the superintendent has pledged to make available, but Ms. Cox did not inquire into other possible ADA compliant building in Dodge City that could serve as a temporary polling location. Ms. Cox increased the already significant challenges voters will face by providing both inadequate and incorrect information about the polling location change by directing them to the Civic Center and not the new, temporary polling location.

Ford County is a majority-minority county, largely due to the demographics of Dodge City. Hispanic residents make up approximately 53% of the county's population, five times the percentage of Hispanic residents in Kansas, and the county's poverty rate much higher than the rest of Kansas, largely based on the Dodge City demographics. In Ford County, a significant number of people in Dodge are dependent on public transit because of income, age, and disability. 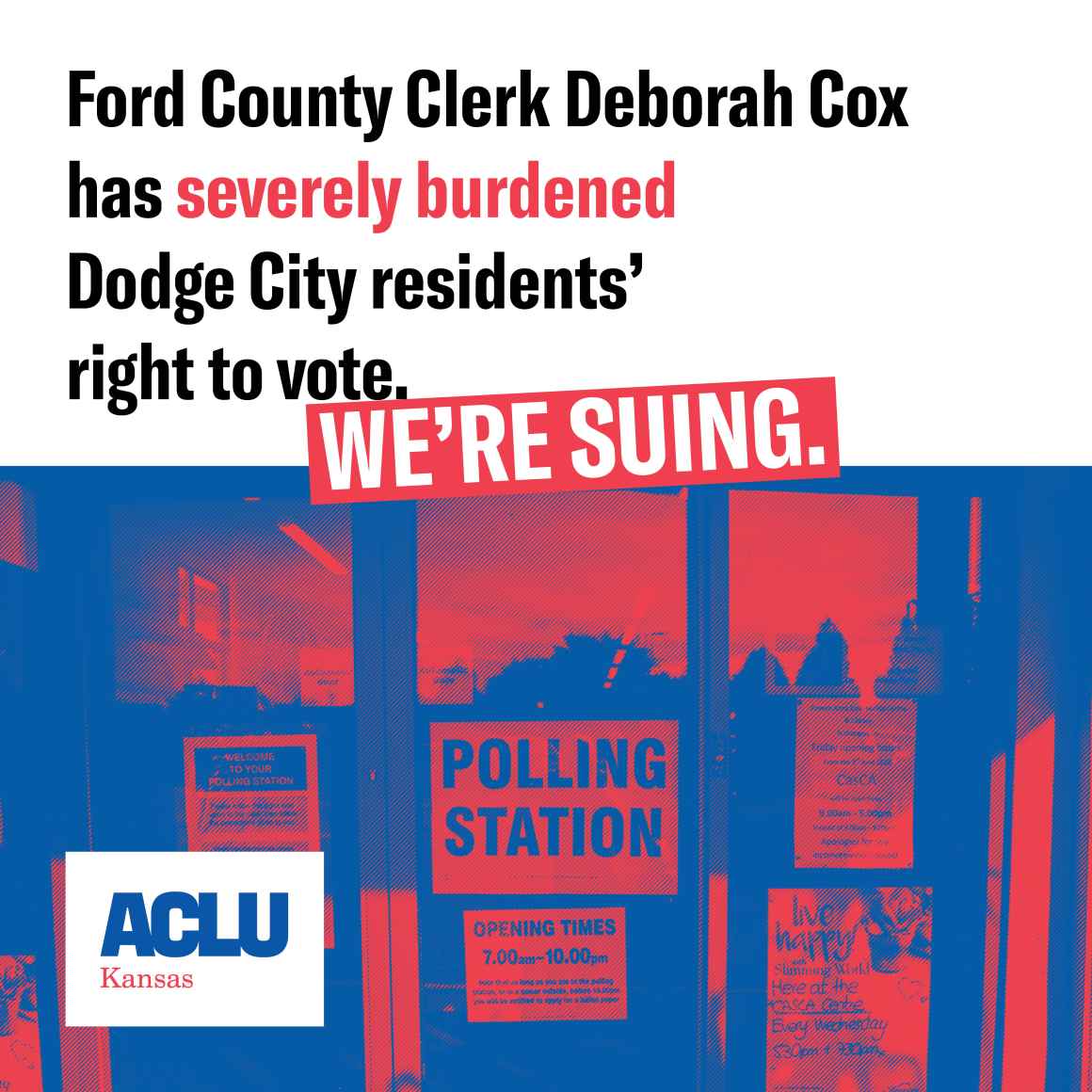 THE DODGE CITY POLL: A TIMELINE

Lauren Bonds: She should stop paying her lawyer and start doing her...

Response to Motion to Dismiss from Lauren Bonds, Legal Director for...

I’m from Dodge City. Our voting rights are under attack.