Response to Motion to Dismiss from Lauren Bonds, Legal Director for the ACLU of Kansas

We plan to file a formal response opposing the motion to dismiss during the first week of December and will wait until then to fully address Ford County Clerk Debbie Cox's assertions that a 45-minute wait is insignificant and that she has publicly committed to opening additional polling locations in 2020.
We would like to note, however, that we find it incredibly tone deaf for a white elected official to tell her Hispanic constituents that their pleas for justice are patronizing. Our complaint and memo in support of a temporary restraining order included declarations from four Hispanic voters in Dodge City.
Ms. Cox’s failure to muster a single Hispanic or working class voter to co-sign her polling location selection is striking. While she may want to pretend that there is no brown or white part of Dodge City, or that economic status doesn’t make voting prohibitive when coupled with an illogically placed polling site — such realities do exist. 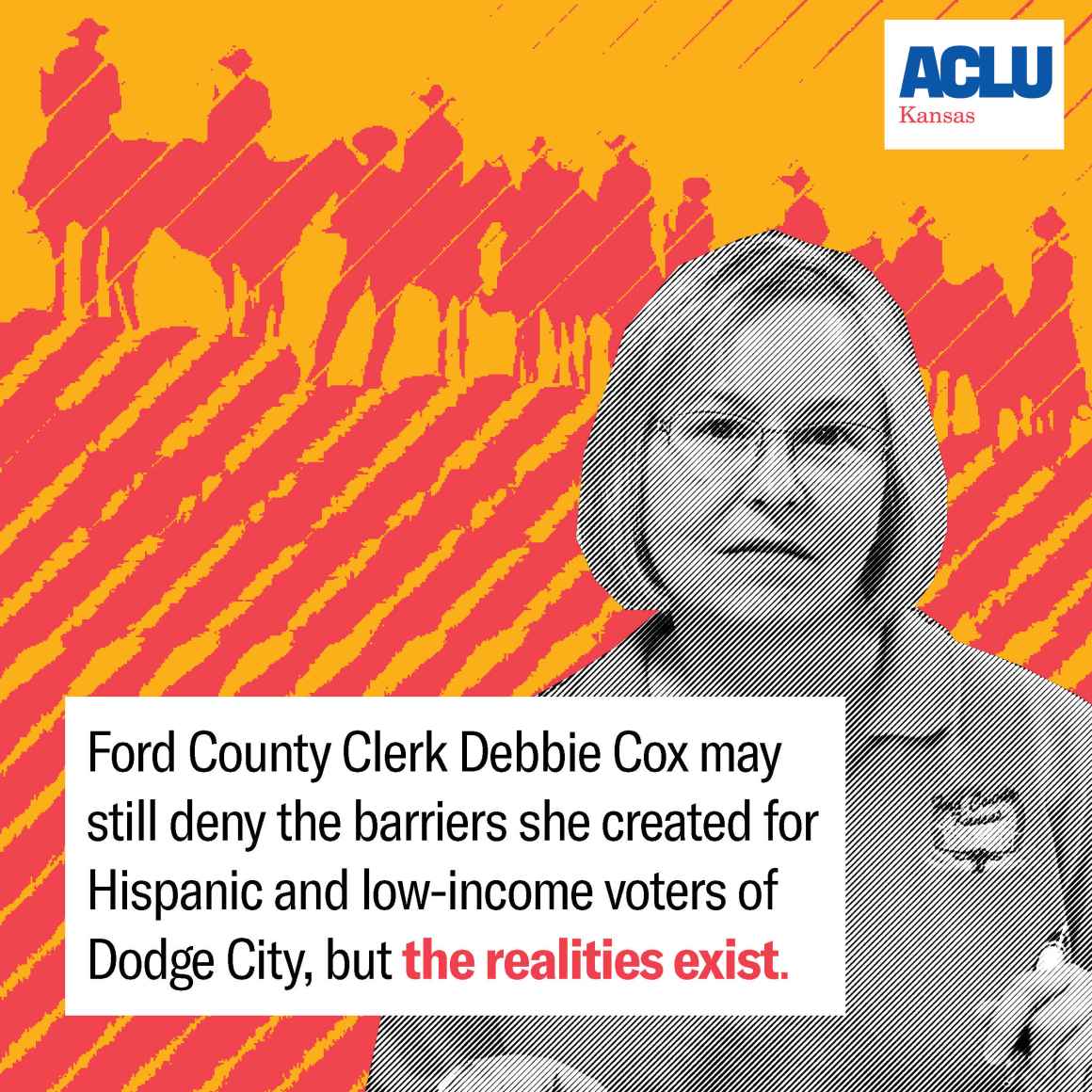 Lastly, our clients’ claim is anything but “unmeritorious.” We disagree with that characterization and will address the specifics when we file a response.
What is not in dispute is that Dodge City has subsisted on one polling place for over 13,000 registered voters, the majority of whom are Hispanic. Meanwhile, roughly 1,300 county residents outside the city — most of whom are white — have enjoyed three polling places. Shortly before the recent Nov. 6 election, Ms. Cox moved the single Dodge City polling place out of town to a location easier for white voters to access.
That not only looked like disparate impact to us — but to the nation.
That’s why the Los Angeles Times, the New York Times, and USA Today sent journalists to Dodge City to document the poorly-managed election in which Cox’s staff issued provisional ballots almost exclusively to Hispanic voters.