Blocked on Social Media by a Government Official

Blocked by an elected official on social media? This toolkit will help you learn why blocking can violate the First Amendment - use the checklist below to get started and the flowchart to determine if your rights have been violated - then download our DIY letters to take action. 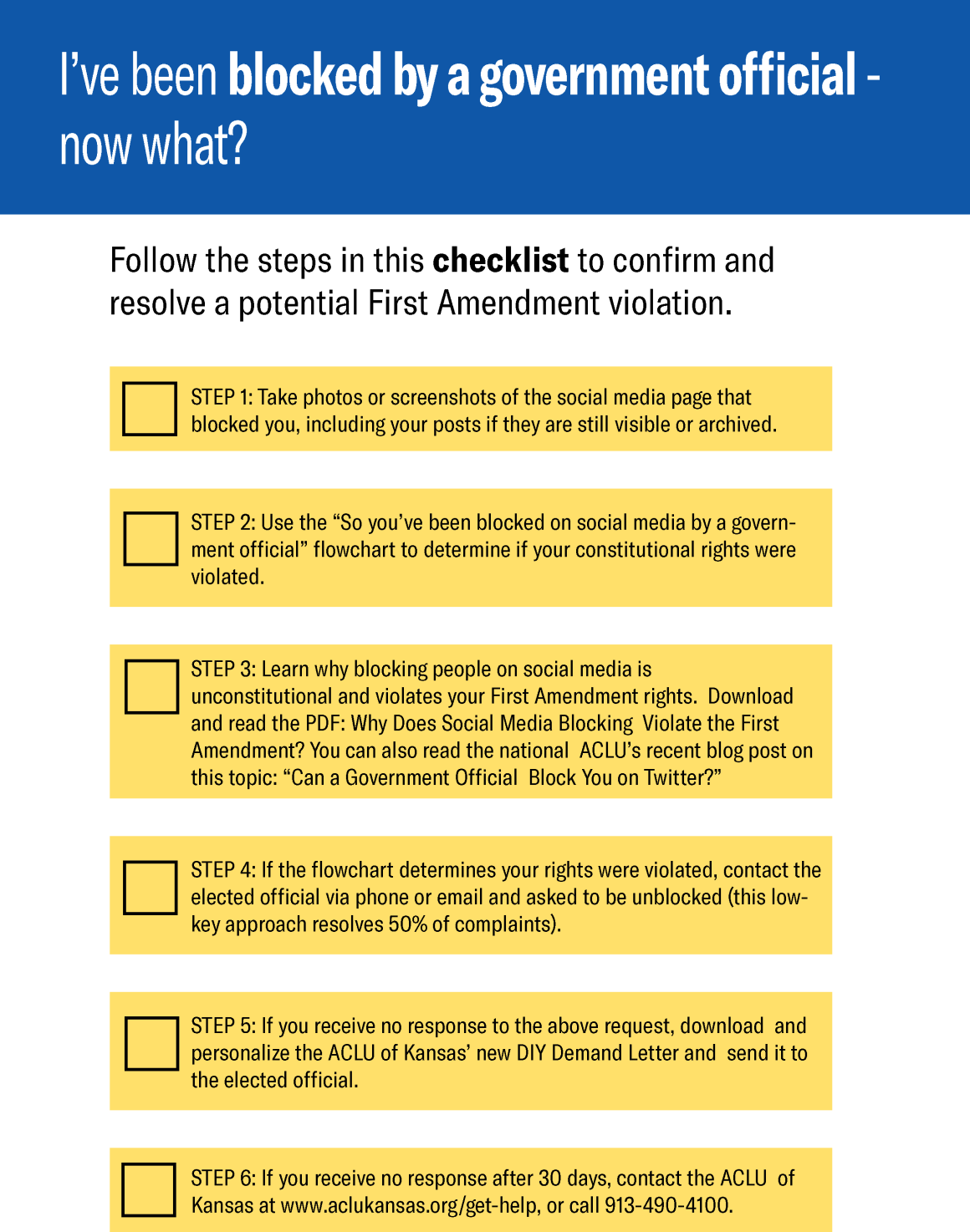 Why Does Social Media Blocking Violate the First Amendment?

The ACLU of Kansas believes that official social media pages for elected representatives and government organizations are public forums, and that blocking individuals from these pages can be an unconstitutional restriction on their right to free speech under the First Amendment.

Why does the First Amendment apply to social media pages?
The Constitution’s limits on government control of speech apply online as much as they do in newspapers, at marches, and in townhall meetings. In fact, the discussion at an old-fashioned townhall is similar to the discourse found on a social media page. Because it is unconstitutional for an elected representative to block critics from entering a public townhall simply because of their views, it’s also not allowable for that representative to create a social media page and then restrict people with critical viewpoints from posting or viewing content.

What social media is covered?
Social media pages operated by the individual, or offices of elected representatives, or government boards, organizations, agencies, commissions, associations, or any other officially constituted group of a public entity or entities where matters of public policy or governing are discussed. However, this standard does not apply to personal or campaign social media pages, nor to fake or parody pages not managed by the representative or organization.

These restrictions, however, only apply to official social media pages where the elected representative or organization is considered a “government actor.” A mayor’s personal Facebook page, where she posts photos of her kids and reviews of her favorite books or movies, does not qualify as an official government page. A mayor can limit access to her personal pages to anyone she wants as there is no constitutional protection on limitations of speech by a private actor. But if the mayor’s Facebook page includes references to her official position, links to government phone numbers, email addresses, or websites, or allows individuals to either seek government services or access and discuss government information, then the page becomes a space for public speech and First Amendment protections apply.

Lastly, if elected representatives and government agencies develop standards for communication on their social media pages and platforms, these standards must be posted publicly on the page and accessible to all viewers (i.e., posted in the Notes or About section of a Facebook page). These standards must also be applied consistently and must not target speech that is critical, unpopular, or negative to the elected official or is considered protected speech under the First Amendment. 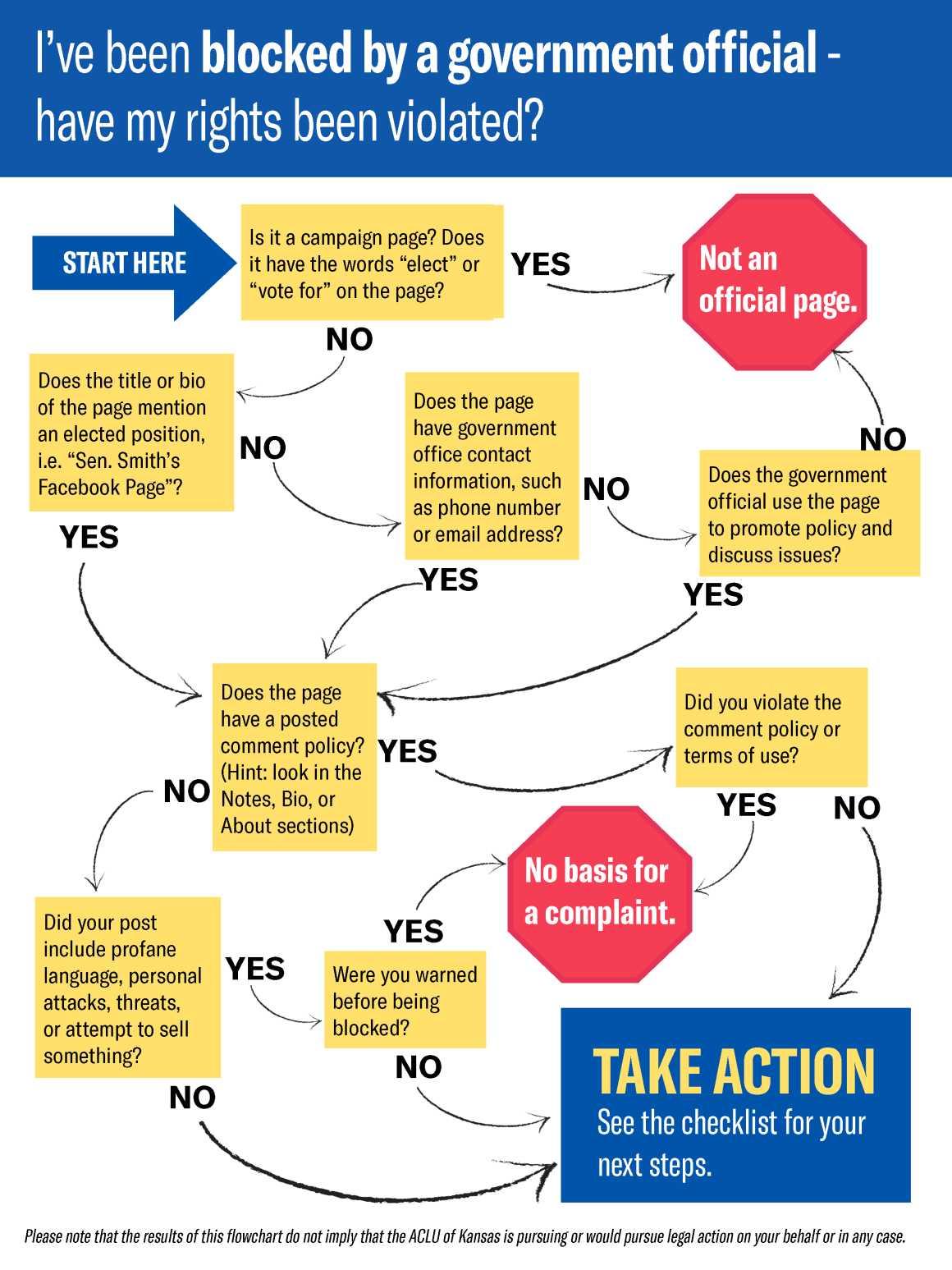 Download the DIY template letters to take action below.