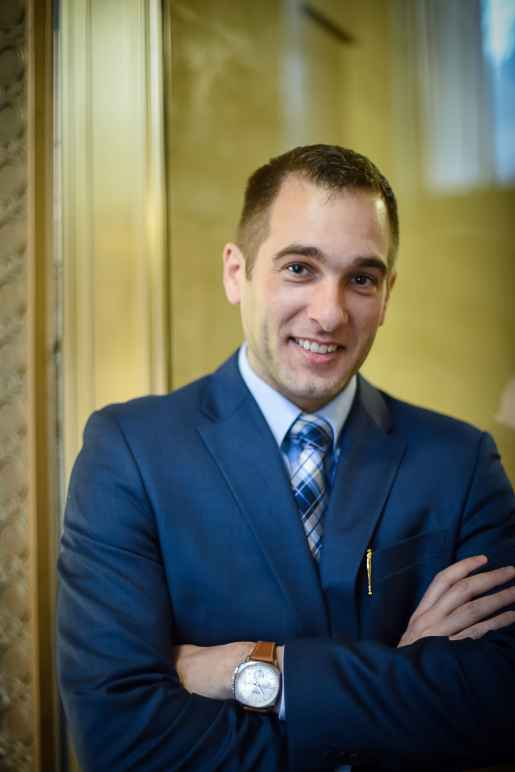 Austin joined the ACLU of Kansas in June 2018 as a Policy Associate. Austin received his Juris Doctor from Loyola University Chicago School of Law and completed his undergrad at the University of Texas at Austin.

Austin’s legal education and work experience in Chicago has been centered around criminal justice reform and police accountability. While in law school, he was a law clerk in a small law firm that concentrated on police misconduct cases and wrongful convictions. He pursued course work in Critical Race Studies and Jurisprudence, completed an intensive Child Law Policy and Legislation Clinic, and published two articles for his school’s public interest law reporter on issues that touch on racial equality, police accountability, and criminal justice reform. He has worked directly with Evanston, IL residents for several years to help them advocate for changes in police policies that produce large racial disparities and has assisted them in drafting and advocating for a proposal that would establish a stronger model of civilian oversight.

In addition, Austin enjoys volunteering his time to help people. He has volunteered with legal aid organizations to assist with expungements and has provided legal representation to minors at Chicago police stations. He has spent time helping homeless families obtain greater access to education, has canvassed low-income neighborhoods to inform tenants about their housing rights, and has used his gardening skills to help a local VFW hall to erect a community garden. Austin is looking forward to getting involved with the Wichita community where he currently resides.

Most importantly, Austin recognizes that meaningful and lasting change often comes from the ground up, which is why he is enthusiastic about his role at the ACLU of Kansas. He wants to help Kansans take a proactive role in advocating for policy and legislation at the local and state level that will protect and strengthen civil rights, end mass incarceration, and increase citizen participation in the election process.